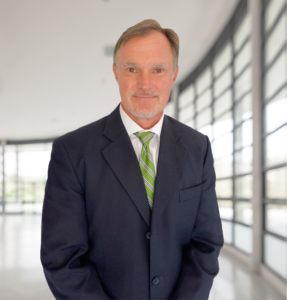 Chris is a member of our Corporate Risk Management Team. He brings a high degree of expertise from over 35 years in federal law enforcement, corporate security, and finance. In his 26-years at the FBI, Chris served in many high-profile positions and operational roles. A CPA by trade, Chris began his FBI career by successfully investigating complex white-collar crime and corruption. He was also the case agent for the Office Independent Counsel’s investigation of the U.S. Secretary of HUD. After serving in the Financial Crimes Section at FBIHQ, Chris was chosen as the white-collar crime squad supervisor in Jacksonville, Florida. Under his leadership, the squad uncovered the long-term, multi-million-dollar compromise of the McDonalds Corporation’s promotional games. A 2020 Emmy-nominated documentary series, HBO’s McMillions prominently features Chris in all episodes.

In 2003, Chris was selected by the FBI Director to open and run the first FBI Office in Milan, Italy, where he was the sole FBI representative for northern Italy. Upon returning to the U.S., he continued to serve in important and challenging roles, including as a key member of a multi-agency team prosecuting terrorism detainees, supervising the Jacksonville Joint Terrorism Task Force, and as the Chief of the FBI’s Intellectual Property Rights enforcement program at the National IPR Center.

Upon retirement from the FBI, Chris joined United States Steel where he conducted and supervised all sensitive corporate security investigations. From 2016 to 2021, Chris was the Assistant Vice President of Security at one of the nation’s premier mall opener operators and led the company’s security strategy, developed its crisis management program and threat assessment protocol, and managed a multi-million-dollar private security contract.

Chris has a Bachelor of Business Administration degree in Accounting from Loyola University in Baltimore. Upon graduation, he worked as a CPA/senior auditor at KPMG International and as the Assistant Controller for a large federal government contractor. In addition to a CPA Certificate, Chris is a Certified Fraud Examiner (CFE).