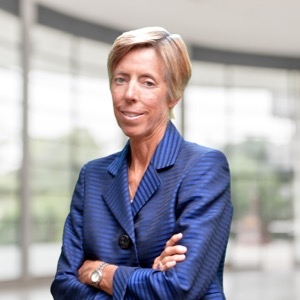 Donna is a member of our Higher Education Team. She is regarded as one of the leading Title IX Decision Makers in America. Donna trains and oversees the BartlettJames team of retired judges who provide hearing assistance around the nation.   Donna’s enviable 35-year career as an attorney and Military Judge marks her as one of the true leaders of our organization.  She is superbly experienced in administrative, environmental, personnel, and contract law.  Donna is based in Florida.

Donna served on active duty with the U.S. Army as a Judge Advocate for over twenty years, including 11 years on the bench as a trial judge, presiding over a thousand courts-martial.  She presided over innumerable cases involving murder, sexual assault, drug trafficking, larceny and a wide variety of felonies.  Earlier in her career, she she served as both a prosecutor and a defense counsel.  In the latter capacity, she was often requested by name by female service members who appreciated the sensitivity and skill she brought to her position.  Donna has been published extensively on the practice of military justice and developed pattern jury instructions for other military judges to use.  She was hand-picked to conduct a sensitive pretrial hearing into sexual assault allegations against the highest-ranking enlisted Soldier in Europe, a case with wide-spread media attention.

Donna retired from the Army as a Colonel and went on to advise the Army as a civilian attorney in several positions, culminating in her role as the Division Counsel for a regional headquarters for the U.S. Army Corps of Engineers.  Through her background as a litigator, she has developed outstanding interviewing skills and has been trained to relate to special victims, such as women and children in sexual assault situations.  Donna has also worked extensively with underrepresented minority groups during her career.

Donna was in the first class of women to graduate from the U.S. Military Academy at West Point, NY in 1980.  That experience has given her a unique perspective on gender dynamics, especially as they relate to women facing a challenging and hostile environment.  She later graduated from Villanova University School of Law, with Honors, and subsequently she earned an LL.M. in Military Law, with a Criminal Law Specialty, from The Judge Advocate General’s School, U.S. Army, in Charlottesville, Virginia and an MBA from Hawaii Pacific University.