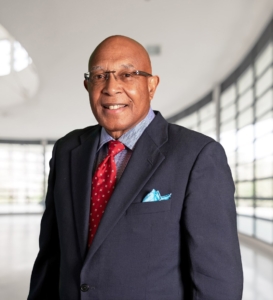 Terry is a member of our Government Oversight Team. His extensive and distinguished career in both private practice and government service is the bedrock of BartlettJames’ ability to serve our public-sector clients’ needs. He is possessed of exceptional training and experience at the highest level of government and he is routinely the bedrock of ever major national investigation in the BartlettJames portfolio. Terry is based in Maryland.

Terry served for more than 27 years as a member of the U.S. Air Force’s Judge Advocate General (JAG) Corps,  retiring as a Colonel after serving in multiple assignments at numerous bases across this country and abroad. His final active duty tour was in Washington, D.C., where he served as the Inspector General for the National Guard Bureau’s Air National Guard Readiness Center at Andrews Air Force Base, Maryland.

While in service in the Air National Guard, Terry served as the U.S. Air Force Deputy Director of the Complaints Resolution Directorate, Headquarters, U.S. Air Force in Washington, D.C. He was the program manager who brought online and made operational the Air Force Inspector General’s first web-based data tracking system for complaints. Terry also played a key leadership role in managing and leading a diverse group of military and civilians in a cultural assessment of the Air National Guard human relations environment. His team conducted interviews, sensing sessions, and surveys of Air National Guard personnel in all 50 states, Puerto Rico and Washington, D.C. in response to the numbers of hate crimes that were affecting the lives and careers of uniformed service members. Terry authored the team’s report of findings that were distributed to the 54 National Guard jurisdictions across the country for use in their awareness training.

In addition to his active duty and civilian work for the U.S. Air Force and Air National Guard, Terry has also worked for the U.S. Small Business Administration in their surge program, providing loans to families and businesses affected by floods and hurricanes. Terry currently has a limited private practice in estate litigation. He is licensed in Washington, D.C. and in Mississippi.

Terry is a native of Pascagoula, Mississippi and he graduated with a Bachelor of Arts degree in Political Science from Tougaloo College in Tougaloo, Mississippi. Thereafter, he graduated from Howard University’s School of Law in Washington, D.C.