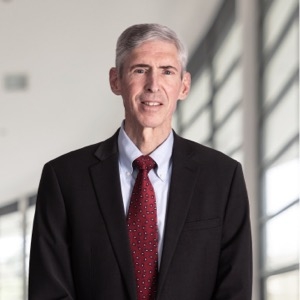 Jim is our Higher Education Team Leader and a member of the BartlettJames Executive Committee.

One of the original and most influential leaders of our company, his education, guidance, and general counsel background and expertise were critical in our initial development and will continue to be so in our efforts to serve the nation’s higher education community.

Jim has over 30 years’ experience providing legal advice and counsel to complex organizations, including over 20 years’ combined service as the General Counsel for the University of Kansas and subsequently for the University of Nebraska.  As such, he served as the principal legal advisor to the universities’ chief executive officers and other senior administrators.  Both universities are comprehensive research universities with academic medical centers and student populations ranging from 28,000 to 51,000 on multiple university campuses.  Faculty and staff employees ranged from 7,000 to 16,000.  His duties included supervision of 10 or more attorneys and support staff and responsibility for legal advice on all university operational matters, including investigations covering student affairs, labor and employment matters, Title IX compliance, and intercollegiate athletics.

Prior to his university career, Jim was a career Army officer.  His 25-plus years in in the Army were served primarily in the Judge Advocate General’s Corps, where he was promoted to the rank of Colonel.  He served as the Staff Judge Advocate (SJA) for the 10th Mountain Division and Ft. Drum, New York, where he had a staff of 21 attorneys and more than 50 support personnel to assist more than 10,500 soldiers and 2,000 civilian employees.  He also served as the Deputy SJA for the U.S. Military Academy at West Point, New York providing legal services that included employment law, sexual harassment law, labor law, student discipline, intercollegiate athletics, and intellectual property law, as well as advice and oversight on investigations for staff and students.  He has held above top secret security clearances and been involved in sensitive investigations during his career.

Jim is a graduate of the U.S. Military Academy, West Point, New York with a Bachelor of Science degree in general engineering. He is also a graduate of the University of Kansas School of Law where he was the Articles Editor of the Kansas Law Review and a member of Moot Court Council. Jim earned an M.A. degree in national security and strategic studies, with highest distinction, from the Naval War College in Newport, Rhode Island, and he holds an LL.M., with distinction, in Administrative Law from The Judge Advocate General’s School, U.S. Army, in Charlottesville, Virginia. Finally, in addition to graduating from the resident course of the Army’s Command and General Staff College at Fort Leavenworth, Kansas, he earned an M.A. degree in human resource management from Pepperdine University in Malibu, California.