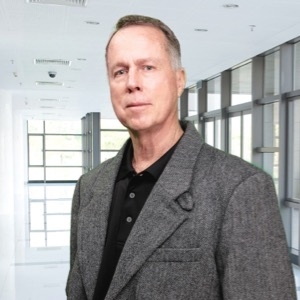 Rick is the Team Leader for the BartlettJames Government Oversight Team. Throughout his distinguished career as a Supervisory Special Agent with the Federal Bureau of Investigation, he amassed a wealth of investigatory experience, frequently in matters of national security and high-profile criminal investigations. Risk’s experience serves as the foundation for his oversight of all of our background investigations and police audit capabilities. Rick is a nationally-known expert on law enforcement policies, procedures and investigations.  He has served for more than ten years in civilian police oversight/auditing roles around the nation. Rick is based in Utah.

After graduating from the U.S. Air Force Academy, Rick then completed flight school and became an F-16 fighter pilot. In his ten years of active service, he was an F-16 flight leader and he was also an instructor pilot in the T-38 aircraft. After the Air Force, Rick joined the FBI as a Special Agent where he remained for more than 22 years in a variety of high-profile assignments. He participated in thousands of successful criminal investigations as both a field agent and in leadership roles. As a Supervisory Special Agent of the FBI’s violent crimes/major offender squad, he designed and initiated the first Violent Crimes Task Force, consisting of agents and officers from six different agencies and departments. His example later became the model for tasks forces nationwide. He also investigated and supervised more than ten major kidnappings and numerous drug, gang, robbery, fugitive, extortion, and other violent crime cases, while also conducting multiple internal affairs investigations. As a field agent, he also periodically worked in undercover roles for the Bureau. Perhaps most noteworthy, Rick was selected to be the Supervisory Special Agent for the 2002 Winter Olympics in Salt Lake City, Utah. He was responsible for the implementation of the FBI’s Olympic Security Plan and coordinated and led more than 1,400 FBI employees, and an additional 2,800 federal law enforcement officers from other agencies such as the Secret Service, the Defense Security Service, and the ATF.

Since retiring from the FBI, Rick has become a nationally recognized, NACOLE-certified, practitioner of police oversight.  With more than 30 years of law enforcement related experience, and more than 17 years of direct oversight experience, he is sought out by police agencies and their oversight boards for his input on policies and procedures and auditing practices.  He currently serves as an administrator with the Salt Lake City Police Civilian Review Board (for the past 13 years) and, before that, he served as a police auditor for the City of Fresno, California for four years.  He has provided training to United States and international personnel on police oversight and auditing.