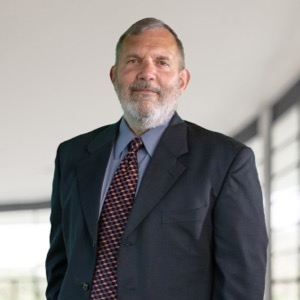 Bert is one of the two co-founding members of BartlettJames LLC.  He serves on our Executive Committee. In addition to serving as an investigator and administrative decision maker, Bert is also responsible for administration of the firm’s personnel and fiscal matters. He enjoys a national reputation as one of the preeminent trial attorneys in America, with vast courtroom and jury experiences that few can equal.  He has served more than 35 years as a prosecutor, defense counsel or judge in administrative, civil and criminal matters involving the military, state and federal courts, and courts overseas.  Bert is based in North Carolina.

Bert is retired from the U.S. Marine Corps, where he served for 22 years as a career infantry officer and judge advocate.  Upon his retirement, he served as an Assistant Attorney General for the State of North Carolina, before going into private practice in 2000.  He has participated as either the prosecutor or defense counsel or judge in more than 750 jury trials and in more than 14,000 criminal cases, while he has supervised subordinate counsel and judges in many thousands more matters.  As a military judge, he presided over several highly-publicized trials of national and international interest, including the 1998-99 court-martial of a Marine pilot for the deaths of 20 people in the Italian Alps, after a jet flew through a gondola cable and dropped them 356 feet to their deaths.  Bert was also retained by the Associated Press to help defend Bilal Hussein, a Pulitzer Prize-winning photojournalist held by the U.S. military in Iraq as a terrorist.  He and his team fought those allegations in the Central Criminal Courts of Iraq in Baghdad, ultimately securing Mr. Hussein’s release in April, 2008.

Bert has held above top secret clearances in the military and has participated or lead multiple investigations with Congressional and/or National Command Authority (NCA) interest.  He is also a frequent lecturer on ethics, professionalism, and trial advocacy, and he has participated in more than 20 officer-involved-shootings (OIS) investigations.