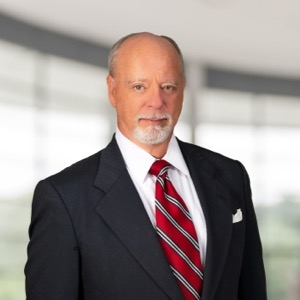 Bruce serves on both the BartlettJames Higher Education and Government Oversight Teams. His talents as an investigator and analyst were honed over the course of his distinguished 38 year career as an Assistant United States Attorney, an Assistant State Attorney General in North Carolina, and as a highly-regarded Judge Advocate in the United States Air Force.  Bruce is based in Florida.

After law school, Bruce prosecuted cases in the Mercer County Prosecuting Attorney’s Office in Princeton, West Virginia for four years.  Bruce left West Virginia to join the U.S. Air Force as a Judge Advocate, where he served on active duty for eight years, including a tour as a Circuit Counsel prosecuting dozens of courts-martial at over 20 bases in multiple states.  After leaving active duty, Bruce served five years as an Assistant Attorney General for the State of North Carolina, assigned to the Mental Health Section of the Division of Health and Human Services.  While there he represented the state in state and federal courts in contested personnel cases and in alleged civil rights violations and whistleblower retaliation allegations, among many complaints.  Bruce then joined the U.S. Attorney’s office in Orlando, Florida, where he served as an Assistant U.S. Attorney for 16 years prior to retirement.  While there, among many complex cases, he lead a multi-agency task force that prosecuted a Ponzi scheme operator who bilked thousands of investors out of more than $200 million dollars and convicted 42 members of a multi-level cocaine smuggling conspiracy.  He also successfully prosecuted two federal correctional officers for bribing a federal inmate to assault another inmate, resulting in the latter’s death.

After leaving active duty in the Air Force and concurrent with his civilian career, Bruce continued to serve as a Judge Advocate in the U.S. Air Force Reserve.  He was an instructor and featured lecturer at the Air Force Judge Advocate General’s School for over a decade in the 1990s, teaching basic and advanced litigation courses each year, and he served a tour as a military judge.  He also earned extensive management experience while serving as the Senior Reserve Judge Advocate in three major commands (Special Operations Command, Space Command, and Air Combat Command) where he supervised scores of junior military attorneys at bases throughout the country.  In 2012, Bruce was hand-picked to serve as the Chief of Staff and Staff Judge Advocate at U.S. Central Command’s Office of the Defense Representative for Pakistan, located in the U.S. Embassy, Islamabad, Pakistan.  While there, Bruce was the leader of a U.S. inter-agency team negotiating an agreement with the Government of Pakistan to permit the transit of U.S. and NATO supplies into and out of Afghanistan across Pakistan territory.  For his significant accomplishments during this last tour, the Secretary of Defense awarded Bruce the Defense Superior Service Medal, the second highest peace-time award in the Department of Defense.

Bruce graduated from Duke University with a Bachelor of Arts degree, with Honors, majoring in Political Science and History.  He is a graduate of West Virginia University College of Law.