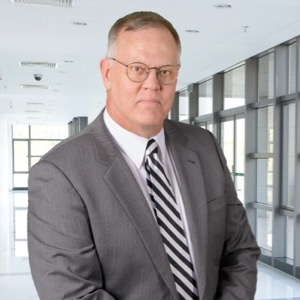 Bruce is a co-founder and Executive Director of BartlettJames LLC. He oversees the daily operations of the firm and chairs our Executive Committee.  Bruce also serves as a member of our Corporate Risk Management Team. Bruce and co-founder Bert Nunley designed our nationally-regarded team with broad-based investigative capabilities, specifically tailored to address the increasing needs for transparent, in-depth and thorough investigations for large companies, government entities, sports entities, and institutions of higher learning.  Bruce’s vision, enthusiasm and tireless work ethic shapes the strategic trajectory for the BartlettJames team in its engagements around the nation and the globe.  Bruce is based in South Carolina.

Bruce is a retired federal Administrative Law Judge, having most recently completed service of 11 years with the Department of Homeland Security in 2018 in New Orleans, Louisiana.  He has presided over innumerable hearings involving sensitive and highly-classified matters relating to national security, including several highly publicized trials involving ranking government officials, major air carriers, and licensed maritime officers.  He is also a retired U.S. Air Force Judge Advocate, having served 21 years as a decorated military prosecutor, investigator, and Military Judge on active duty and in the reserves.  Among his many military and civilian awards is the prestigious Award for Trial Advocacy presented by the New York City Bar Association.

In the course of his employment as a Judge Advocate and Administrative Law Judge, Bruce has conducted numerous highly classified investigations into sensitive matters of national security and interpersonal relationships both in the United States and abroad.   His military duties included serving as a senior legal counsel on a variety of topics, including employee discipline, adherence to civil rights, and oversight of federal and state law enforcement conduct, including use of force cases.

Bruce is an Honor Graduate from the Washburn University School of Law and served on the board of editors of the Washburn Law Journal.  He holds an LL.M. in International Law from the Judge Advocate General’s School, U.S. Army, located in Charlottesville, Virginia.