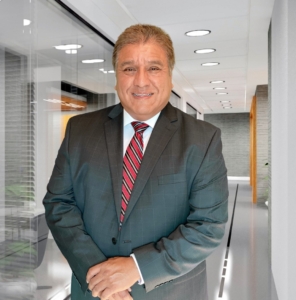 Dennis is a leading member of our Government Oversight Team. He specializes in police oversight and auditing. Dennis served the people of California for more than 39 years as a police officer and leader. He is possessed of extensive knowledge and experience in all phases of the science of forensic investigation, the California Peace Officer’s Bill of Rights, policy making, training, police operations, internal affairs investigations, supervision and management. Dennis is based in California.

Dennis served as with the Fresno (California) Police Department (FPD) for 39 years, retiring as the Southwest District Commander (one of four districts in the city). Fresno is the 34th largest city in America, and the fifth largest city in California. During his time with FPD, Dennis worked a wide variety of assignments including patrol, training, investigations, undercover work and as a member of the department’s tactical team. Dennis was promoted to the rank of Sergeant where he supervised a wide range of sections and details within the agency. Later, he was promoted to Lieutenant and served as a Field Commander, followed by five years as the Administrative Aide to the Police Chief, then six years as the Internal Affairs Bureau Commander and then one year as the Southwest District Commander before retiring from the department.

Dennis is a tenured Criminology Professor at Reedley College in Reedley, California, where he teaches five courses per semester and he oversees the Criminology Department. His classes include Police Ethics, Criminal Evidence, Multiculturalism in Policing and Criminal Law. Dennis was recently selected by the City of La Mesa, to serve as a part of our audit team, as an Independent Police Auditor for the

Civilian Police Oversight Board, and he has worked on other background and sexual misconduct investigations for us.