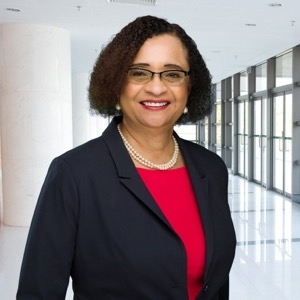 Michele is a member of the BartlettJames Executive Committee and serves as a member of our Higher Education Team.  She provides a wealth of executive legal experience and seasoned judgment from her career in legal education and the myriad positions she held as a practicing attorney in other organizations. She has a distinguished background in diversity leadership and affirmative action matters. Michele is based in North Carolina.

Michele began her legal career with positions as an Associate Attorney General for the State of North Carolina in Raleigh, North Carolina, as a staff attorney for the United Auto Workers-General Motors Legal Services, as an Assistant City Attorney for the City of Shreveport, Louisiana, and as a Supervising Attorney for The Public Law Center at Loyola University in New Orleans, Louisiana. Married to a now-retired U.S. Air Force officer, she found herself moving to accompany her husband as his career required him to relocate around the country.

Settling into legal academia, Michele became the Assistant Dean of Admissions, Financial Aid, and Diversity Affairs at the Loyola University School of Law in New Orleans, Louisiana. There she served as the school’s diversity officer and routinely counseled students on diversity issues, complaints, and concerns while planning multicultural activities. She additionally advised the Law School Dean on diversity issues as they arose and drafted the Affirmative Action Statements for the ABA accreditation process, including a statistical analysis of student bodies regarding diversity. Michele also managed the Office of Admissions and Financial Aid while also serving as a member of the Administration, Staff, and Faculty Diversity Committee, as an advisor to the Black Law Student Association, and as an advisor to the Student Diversity Committee. She did this while managing an annual budget of more than two million dollars and meeting strategic recruitment and enrollment goals each year.