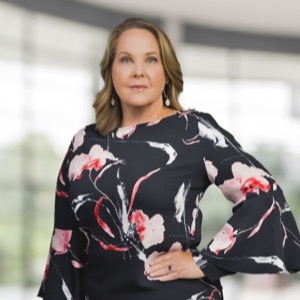 Kat is a member of our Corporate Risk Management Team as an investigator and analyst.  She served this nation for more than 20 years with the Federal Bureau of Investigation, where her expertise spanned the entire spectrum of specialties requisite for service to BartlettJames clients—from HUMINT (human intelligence), to surveillance, to technical programs, to TS/SCI national security programs.  Kat is based both in Virginia and in France.

Kat served in the FBI from 1998 to 2018, when she retired as a Supervisory Special Agent.  In addition to her normal duties and training as a Special Agent during her career, from 2006 to 2008 Kat was responsible for all SES-directed special projects for 76 overseas FBI field offices, including the FBI’s regional training and overseas coordination concerning cyber crime, counterintelligence, counterterrorism and other programs.  From 2008 until 2017, she served as an Assistant Legal Attache or Legal Attache in Belgium, France, Mali, and Switzerland, where she was the American representative for all FBI programs and international training, including investigative coordination, between France, Monaco, Interpol, Belgium, the Netherlands, Luxembourg, NATO, and the European Union.  Prior to joining the FBI, Kat was an Assistant Vice President for Bank of America in Norfolk, Virginia.

Kat graduated from Old Dominion University in Norfolk, Virginia, with a Bachelor of Science degree in Business Administration and Management.