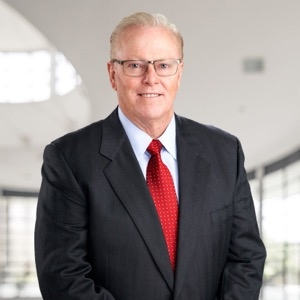 Ray is a member of our Corporate Risk Management Team. He enjoys as global reputation for excellence due to his unequaled counter-terror and security law enforcement expertise. He has over 35 years of experience, including 23 years of federal law enforcement/counterterrorism duties.  Ray has conducted security vulnerability assessments for numerous Fortune 500 companies and government organizations and he has developed strategic security plans and training programs designed to improve and enhance security and safety.  Ray is based in both Utah and Rhode Island.

Ray was the former Acting Section Chief of the Counter Terrorism Operational Response Section at FBI Headquarters in Washington, D.C.  He has served in leadership roles in numerous post-9-11 initiatives both domestically and abroad.  Additionally, Ray was the FBI’s point man from 1996 to 2006 for a wide range of major political, sporting and other events.  He has extensive experience in crisis management and tactical operations, including serving in key leadership roles in the resolution of numerous hostage and other crisis incidents while assigned to the FBI’s Hostage Rescue Team.  He served as the FBI’s senior representative to the transition planning office for the design and strategic implementation of the new Department of Homeland Security.

Ray graduated from the University of Rhode Island with a Bachelor of Arts degree in Sociology/Psychology.  He has a M.A. degree in Psychology from Rhode Island College in Providence, Rhode Island.  Ray is also a graduate of the FBI Academy in Quantico, Virginia and he has been awarded both the FBI Medal of Merit and the FBI Shield of Bravery.